Waterfall Methodology: Advantages, Disadvantages And When to Use It? 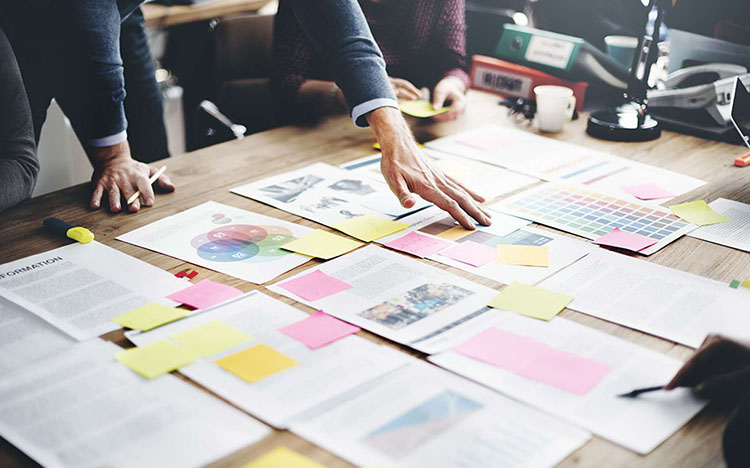 There is no universal method that can be used to develop every type of project. Therefore, team leaders use different methodologies based on their goals, timing, budget, and other factors.

Agile and Waterfall are the most popular methodologies in the field of modern software development. Recently, we covered the features of Agile. Today, we will talk about the advantages and disadvantages Waterfall and gain insight into the projects it should be used for.

What is the Waterfall Model in Software Development?

Based on this methodology, the terms of the software development require that the transition from one phase of product creation to another occurs only after the full completion of the previous phase. There is no phase overlap. The budget and timing is strictly fixed.

The classic implementation of the Waterfall model involves phases of project development in the following order: 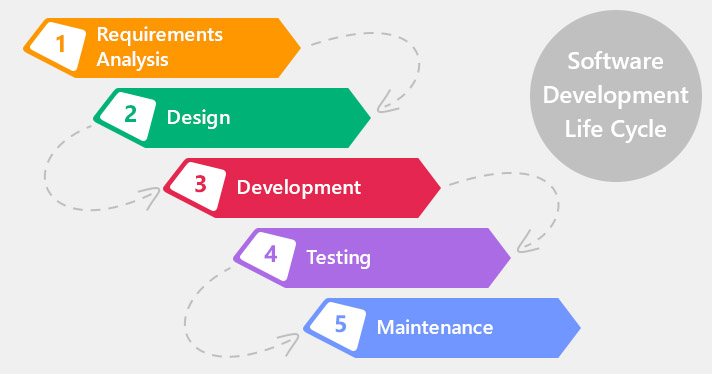 These listed stages are performed sequentially, and the obtained results are documented. The change in the finished product functionality occurs only after its release to the consumer market.

The Advantages of the Waterfall Model

In recent years, the Waterfall model has given its leading position to more flexible methodologies. This is due to the general changes in IT, where the deadline can be easily shifted due to the functionality of the development.

However, the Waterfall model is still used as it provides the following benefits:

The Disadvantages of the Waterfall Model

Unfortunately, there is nothing ideal in our world, which is why the Waterfall methodology has obvious weaknesses:

In general, when using Waterfall, it is almost impossible to revert to a previous stage and fix something. If a certain stage has been completed, but with errors, the next stages will also be threatened.

What is the Difference Between Waterfall and Agile Methodology?

Formerly, teams did not change for years, which is ideal for the “waterfall”. Today, anyone can launch their startup with the help of IT specialists from another country. The specialists who work on the same team on a project today may have been strangers yesterday, nor fully part of each process in the project, as divided originally amongst the team.

So now, when the people who will work on the project is more ambiguous, it is simply impossible to make any far-reaching plans. And this is one of the Waterfall-methodology’s main requirements. 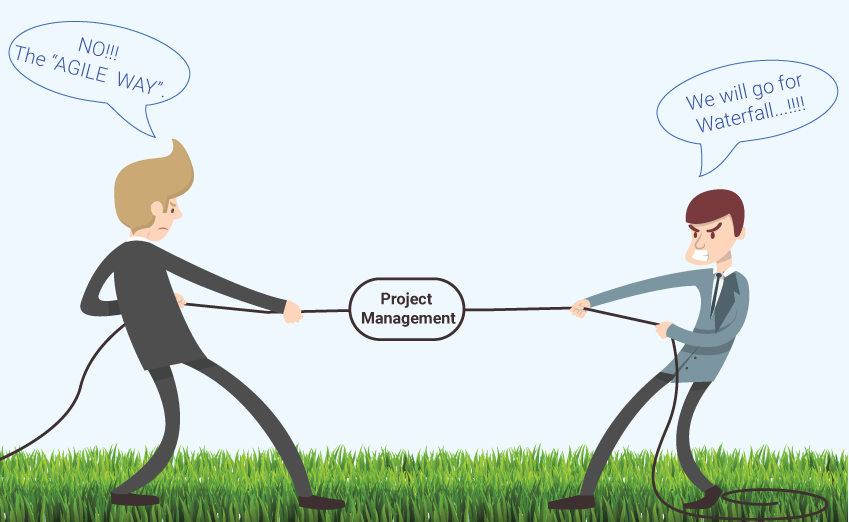 On the contrary, Agile is based on uncertainty. Previously, information would spread much more slowly, and the market was fairly stable. Today, things change every month or week, and it is impossible to avoid any relevant changes in the already currently developed product structure. It is possible that the final result will be completely different from what was planned at the very beginning. In a year, the industry can change, therefore, flexibility while developing becomes paramount, especially for long-term projects.

It makes less sense to write a separate article, if you can express everything in just a few sentences. Therefore, the main difference between the two methodologies is briefly described above.

When to use Waterfall?

This development methodology is optimal for projects where making changes to the initial plan can be very expensive. There are many global industries for which the changes in mass markets are not critical.

For example, the goals of the project to send a satellite into space will not change in the short term. The project of creating databases for clinics will most likely also remain stable in terms of requirements. And there are many simular examples.
Waterfall is recommended to be applied in the following cases:

Also, Waterfall should be considered as a suitable model for projects that migrate from one platform to another, that is, the requirements remain the same, the only change is the system environment and/or the programming language.

The world has changed. Today, what prevails is the performance indicators, motivation, and the responsibility of developers, and it is much more convenient to achieve such goals with Agile. Clearly, the “waterfall” won’t disappear, and will be applied in projects that are ideal for it.

At the same time, Agile is likely to become increasingly popular where business, the market and the product itself are changing by leaps and bounds.

If it is difficult for you to choose the most suitable model for your project, write to us, and our specialists will be happy to help you decide!

This website uses cookies to improve your experience while you navigate through the website. Out of these, the cookies that are categorized as necessary are stored on your browser as they are essential for the working of basic functionalities of the website. We also use third-party cookies that help us analyze and understand how you use this website. These cookies will be stored in your browser only with your consent. You also have the option to opt-out of these cookies. But opting out of some of these cookies may affect your browsing experience.
Necessary Always Enabled
Necessary cookies are absolutely essential for the website to function properly. This category only includes cookies that ensures basic functionalities and security features of the website. These cookies do not store any personal information.
Non-necessary
Any cookies that may not be particularly necessary for the website to function and is used specifically to collect user personal data via analytics, ads, other embedded contents are termed as non-necessary cookies. It is mandatory to procure user consent prior to running these cookies on your website.
SAVE & ACCEPT