Introduction to Progressive Web Apps: Their Features and Benefits

As early as 2015, Google introduced a new technology to the world – progressive web apps (PWAs). Very few people took them seriously then, as the market always needs time to size up innovations. Today, PWAs are becoming a popular trend that more and more developers are paying attention to.

What are Progressive Web Apps? One can give a simple definition: a special class of web apps that allow the user to interact with the site in the same way as with a mobile app.
A PWA can be considered as a site that has native app functionality (push notifications, GPS navigation, and other similar functions). It can be installed on the home screen directly from the browser and even work offline.

As was said above, the technology was introduced by Google several years ago and is already available for Android devices. The real wave of popularity is expected in 2018, but in the update of iOS 11.3.0.3 components were detected that provide partial support for Progressive Web Apps, and it became known that the company’s engineers are carrying on working in this direction.

Thus, in the near future, products based on this technology will be able to get a wide coverage of mobile audience through support from two major ecosystems.

The best way to understand how it works is to show you a video. Here is an example of a simple demo with Github (Android):

And here is an example of how a progressive web app works in iOS 11.3 environment:

Some recommendations for their creation are similar to those for the development of mobile apps. For example, you have to create an appealing icon, because launching the site will be done from the home screen.

Key Features of Progressive Web Apps and Their Advantages

While skeptics are cautiously looking at new technologies, pioneering companies experience the product of mobile evolution from their own experience. Here are the advantages they receive: 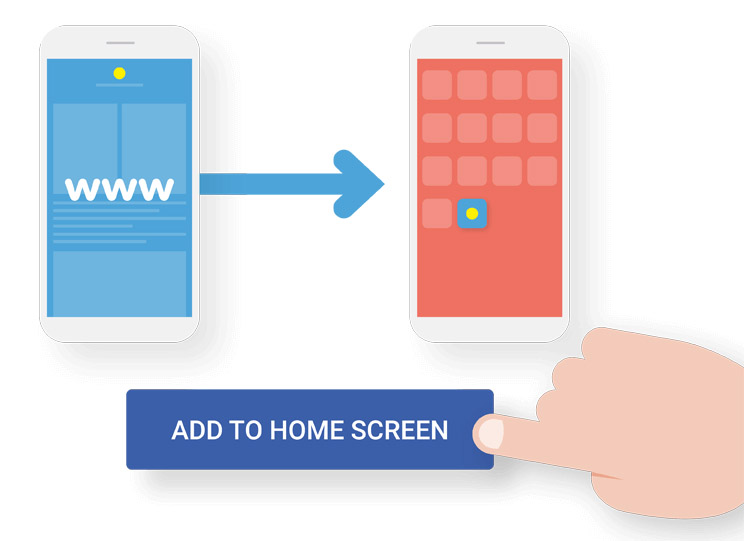 Users can switch to progressive apps from links in instant messengers and social networks, or directly from the search results. You have to admit, this is much more convenient than competing for views with millions of available apps in the App Store or Google Play.

The web is a universal platform for creating apps and services of almost any scale and focus. The new Web APIs allow you to fully utilise devices’ functionality, so that the client part of the web app no longer needs to be limited by the browser framework.

Today’s support for advanced web apps by all major browser developers suggests that this can be one of the main vectors for the development and dissemination of web technologies. Developers definitely benefit from it (by having a single technological base), and so do users (by having easy, fast, functional apps).

Anyone who owns a website or a web app might be interested in creating PWAs, since they can increase audience coverage, conversion rate, and user-friendly experience with resources for mobile devices owners.

Developing such an app can be several times cheaper and faster than a native one, which opens up a lot of new opportunities for small companies. With the relatively low expenditure required to implement the basic functions of PWAs, their business benefits are obvious.