Mobile App Industry Statistics and Facts to Know in 2020 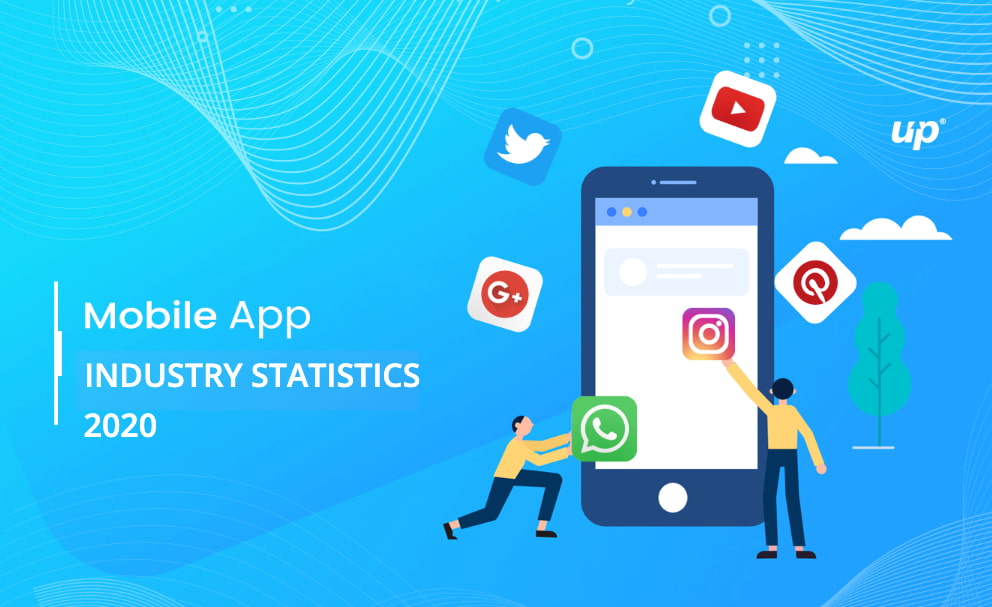 The rapid development of mobile technology is changing the way we work and live. Smartphones have become a tool for both entertainment and work for many people. Mobile apps are developed by large corporations and independent specialists.

If you are just testing this direction or just want to keep yourself up-to-date, you have to understand the modern market condition and its development trends for the nearest future. We have collected interesting statistics on the mobile app industry, which may be useful for you in 2020.

1. Smartphones are becoming the main tool used to consume multimedia, entertainment, and web surfing. Web traffic generated from tablets and desktops continues to decline. In 2019, users generated 50% more sessions in entertainment apps if compared to 2017. [Adobe.com]

2. According to the data for the third quarter of 2019, 2.47 million apps were available on the Google Play Store and 1.8 million on the App Store.

3. In 2019, users downloaded apps from the Google Play and App Store a record number of times — 204 billion. 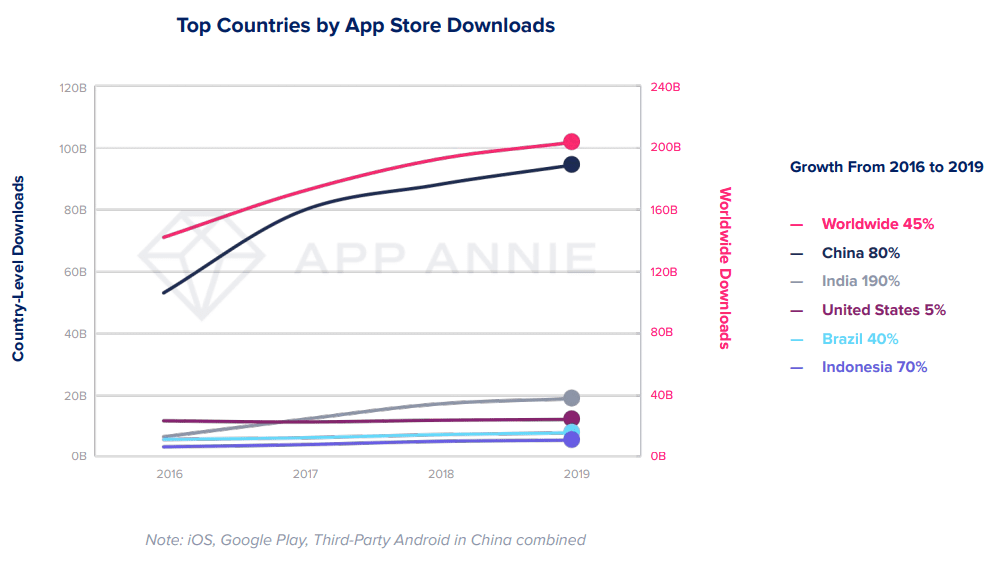 4. As of today, 95% of apps for Android and 90% of apps for iOS are free. This makes developers experiment with new monetization models, such as subscription. 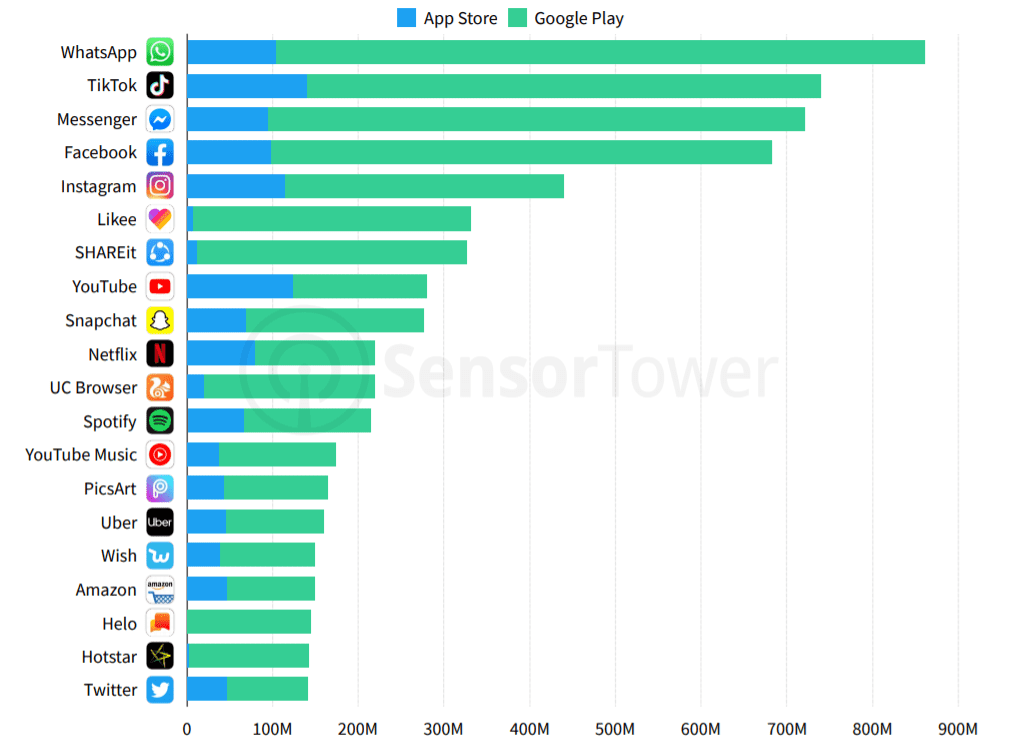 7. The most popular game of the year was PUBG Mobile (known in China as Game for Peace). It was downloaded 285 million times over the year.

8. According to the forecasts, done by the analytical company Newzoo, the volume of the mobile games market will grow to $76 billion in 2020. China will win the largest revenue — about $25 billion.

10. The smartphone owner looks at the device screen 50 times a day on average. [Deloitte]

11. The number of smartphone users in the world is close to 3.5 billion people. [Statista.com] 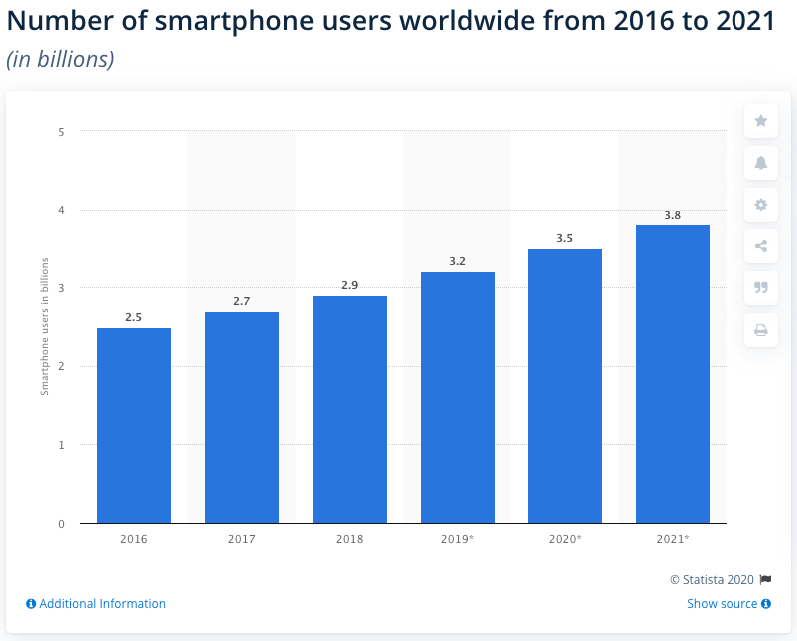 12. Here are the statistics of the popularity of various iPhone models by the end of 2019 [Flourish]: 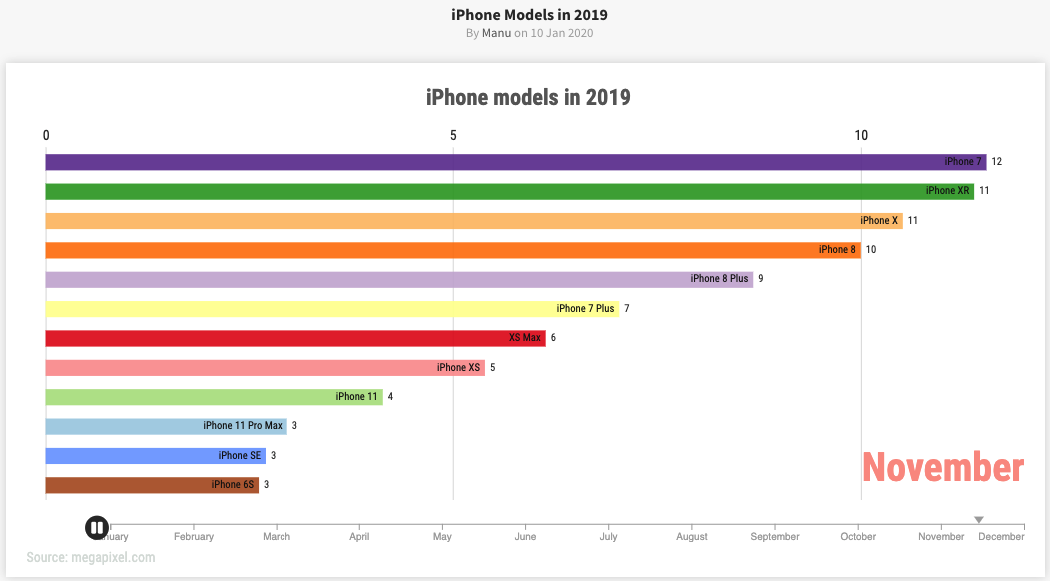 13. 79% of smartphone users uninstall a new app for various reasons within the first day after it was installed. Only 12 to 15% of those apps are downloaded again.[Softwarefindr.com]

Reasons to uninstall a mobile app: 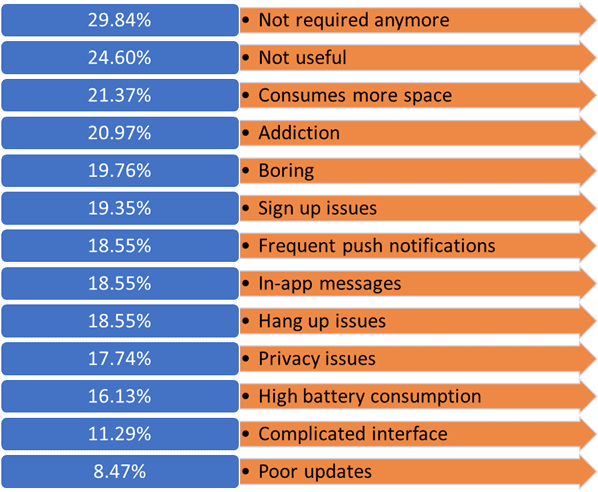 14. About 46% of users refuse to continue using the app on their device due to its poor performance. [Softwarefindr.com]

16. Over the past 6 months, 79% of smartphone users have made purchases on the Internet, using their mobile devices. [OuterBox]

17. The total amount of transactions in mobile commerce amounted to $2.3 trillion by the end of 2019.

18. According to PwC estimates, the augmented reality market was $33 billion in 2019 and continues to grow rapidly. This makes this direction one of the most promising for app developers and businesses for the next few years.

19. Every inhabitant of our planet uses mobile apps for 3.7 hours a day on average. [App Annie]