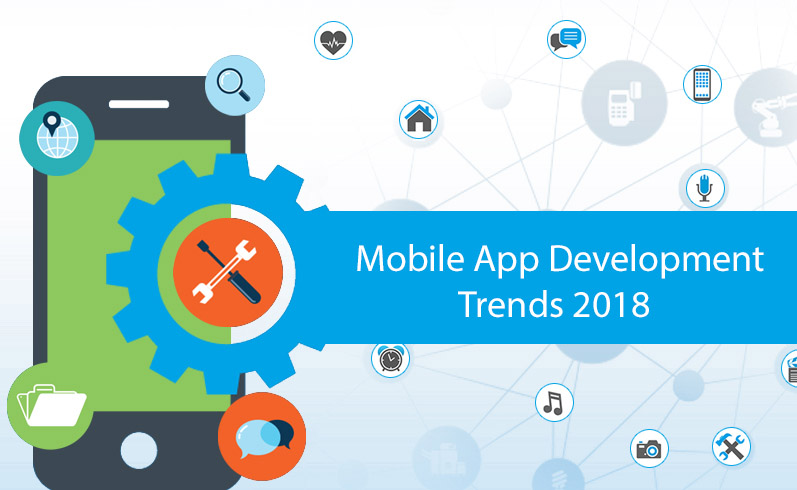 Year after year mobile apps are becoming more and more interesting and useful for users. For business, however, new opportunities appear for increasing the audience, profit making and brand development.

Mobile apps development is one of the most dynamically growing sectors in the software development industry. Many companies realized that their own mobile application is no longer simply an investment in the future, but a must in the present.

Innovation, technology and shooting forward – that is the success formula nowadays. Those who do not understand this are most likely to take a back seat.

There are several trends in mobile apps development that will determine the future of this industry in 2018. Keeping the finger on the pulse will help you make your work more efficient, and your products – highly-demanded.

One of the most interesting features of iOS 11 is ARKit is a set of augmented reality tools, which allows us to change our interaction with gadgets and enrich the world around us. This technology can completely change our perception of the usual applications.

If in 2017 AR basically remained a feature of entertainment apps and games, then in 2018 a lot of companies will start using it in a variety of industries. Real estate, healthcare, retail, training, tourism – this is only a small part of the list, where such innovations may revolutionize. 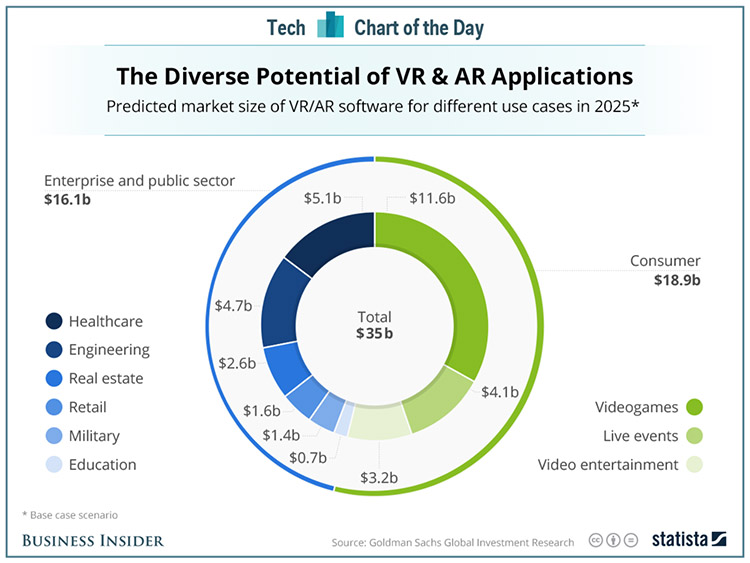 For example, you can see how the dish from the restaurant’s menu will look like, as if it’s already been served on your table:

Awesome experience, isn’t it? It’s way cool when a company can showcase its product at a distance as if you were in the exhibition hall.

The IKEA Place app enables you to see how exactly the manufacturer’s furniture will look in the interior of a particular room. Having preliminary scanned the room using a smartphone camera, the user selects the desired furniture model, and IKEA Place draws it in 3D and virtually places indoors.

The company emphasizes that the application automatically scales furniture sizes depending on the size of a particular room – the accuracy of the process is 98%.

Worldwide sales of wearable electronic devices in the third quarter of 2017 increased by 7.3% compared to the same period last year, according to a report by International Data Corporation (IDC), the research company.

After Apple and Google introduced a new generation of gadgets with built-in virtual SIM-cards, we can expect a new wave of interest in them. Interestingly, wearable devices are perceived not only as smart assistants and fitness trackers, but also as a part of style, a fashion accessory. 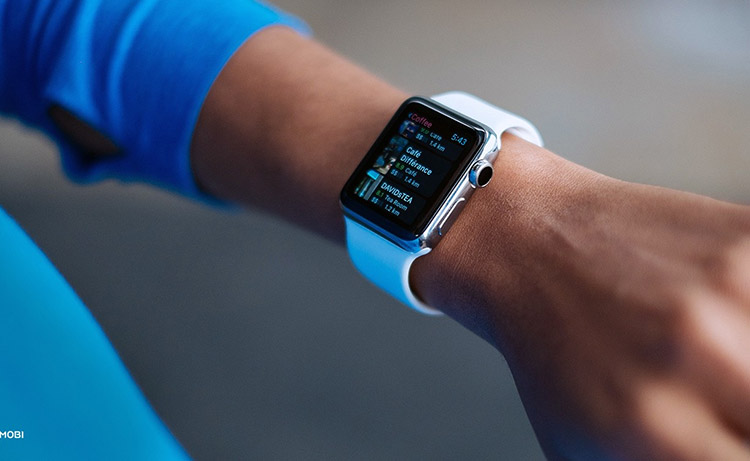 Apps for such gadgets will go up in demand, since they are already being used for interaction with other devices. For example, with the Smart Clock application you can manage smart home appliances, unlock your laptop, and even give commands to your car.

Along with the technology development and its expansion increases the risk of attackers. Today’s smartphone memory contains a huge amount of personal information which requires a serious attitude to its security. This is even more important for developers than for the users themselves.

These are the most common vulnerabilities of mobile applications: insufficient protection of data transfer, weak control on the server side, problems with authorization and authentication protection.

Personal photo and video, credit card details, access to various services – the fall of this information into the wrong hands can damage your reputation and business.
In 2018, applications with built-in security functions will become standard practice and increase in number. Also, it is likely that security measures based on blocking technology will be commonly used.

Paying with a mobile phone is one of the most convenient, safe and fast ways to conduct a transaction, since the smartphone is always at hand. The growing popularity of Apple Pay and Google Wallet promises great prospects primarily for such niches as e-commerce and online banking. 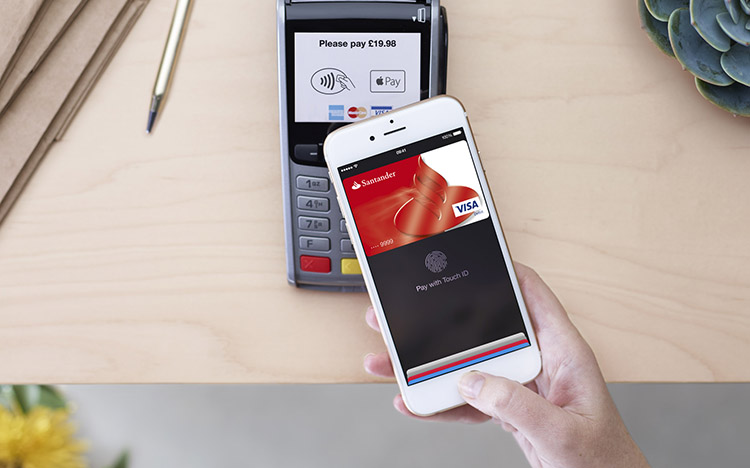 This point is closely intertwined with the previous one, as users should be sure of the transaction security when making payments. The whole world is moving towards the economy of non-cash money and we should expect that in 2018 we will see many interesting solutions in this area.

I think each of you will agree with a simple statement: no matter how much free space there is on your smartphone, sooner or later the internal memory will be under the eyeballs clogged with apps, photos, videos and other information. This is a common situation given that many games are of huge GB size.

The main point of cloud-based applications is that most of the data is stored in the cloud. The same applies to complex calculations – they are implemented on the server side. Thus, it saves space on the device and reduces the requirements for its technical characteristics.

As a rule, they are developed using Javascript and HTML5 for web applications, and subsequently transformed into mobile ones. Compared to native applications, which currently hold a monopoly on the market, hybrid applications have several advantages. The complexity of their development is lower, the speed of the project implementation is higher, and, accordingly, the cost of creating a product is lower. 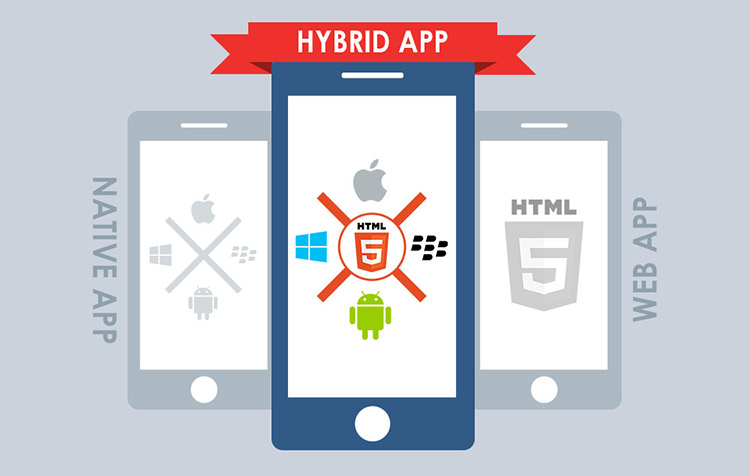 In some cases, hybrid applications allow to completely abandon native development, which allows many developers to consider them as an alternative. And given the fact that supporting such products is also cheaper, we can predict that this trend will become of high demand among customers.

In 2017, services based on geolocation enjoyed high popularity. Consequently, in 2018 their functionality will only grow. It is quite logical that when you search for the equipment repair shop in the enterprises catalog app, the application will show you the repair shop that is closest to you on the map.

There are a lot of options for using geolocation, especially in such niches as service, training, healthcare, and trade. Of course, in this case, the issue of confidentiality stands first. Therefore, the user must have a choice, whether to show his location or not.

In 2018, we can expect the emergence of a new wave of applications that give you control over various processes in your home – light, engineering communications, security, and much more. You will be able to manage right from your smartphone from anywhere in the world. 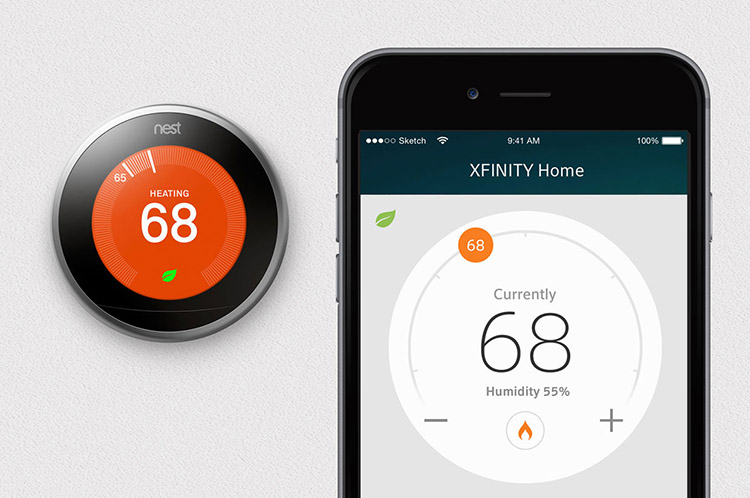 Smart Home systems are already offered by such famous companies as Apple, Google and Xiaomi. Many other companies have also started working in this direction or are considering this market as a new goal. People value comfort, so systems and apps that can provide it will definitely enjoy popularity.

Siri, Google Now, Cortana – this is just the beginning. Over the past year or two, artificial intelligence systems have made great progress. There are more services appearing, the work of which is based on machine learning and this technological trend is rapidly spreading around the world.

In 2018, we will see smart apps that will be able to analyze huge amounts of data, learn the preferences of users and meet their needs most effectively.

Virtual personal assistants (VPA), recommendation services, security systems, IoT – are already trying to fully use the capabilities of artificial intelligence to improve the efficiency of various processes in many industries.

Now the development of mobile apps is the hottest new trend, and there are good reasons to expect that in the near future the market will continue to grow. The year 2018 will be very promising for everyone working and doing business in this area.

I hope our article will help you stay up-to-date with current trends in order to develop your business successfully and provide users with genuinely awesome products!

One response to “Top 9 Mobile App Development Trends for 2018”